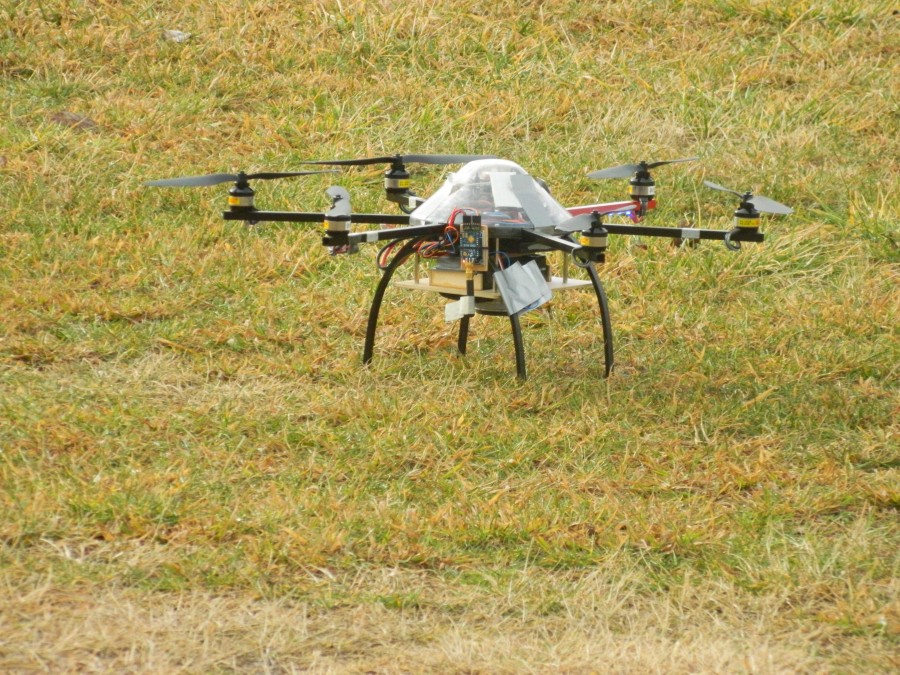 The report outlines the methods used and the results of the investigation into the use of unmanned aerial vehicles (UAVs) as an aerial surveillance tool for mapping and classification as part of local control authorities’ regional inspection programs for invasive weed species.

Field work was conducted by The University of Sydney’s Australian Centre for Field Robotics. Low altitude aerial Images were collected on Tropical Soda Apple, Alligator Weed, Serrated Tussock and Water Hyacinth using a hexacopter to calculate the optimum altitude to achieve the highest classification accuracy for the four weeds.

This project has brought together a wide cross section of expertise resulting in what can arguably be seen as an Australian first in the use of UAVs and image classification algorithms to accurately detect weeds in a rural landscape that can be employed in a cost effective manner as part of regional inspection programs.

Results showed that under specific scenarios UAV technology and weed classification analysis can be used by weed managers in a cost-effective way. This was demonstrated in the following scenarios of the study:

With further development to operationalise the technology, the study suggests that UAVs could play an important role in early detection of outbreaks of high-risk new and emerging invasive weed species, to complement existing field inspection methods.

Where a rapid response is required for a new incursion, the hand held hexacopter has potential to reduce the time required to locate the spread of the incursion and subsequent treatment of the area.

Appreciation is extended to the NSW DPI for showing the initiative in funding the project, Professor Salah Sukkarieh and his team from the University of Sydney’s Australian Centre for Field Robotics for their expertise in weed classification analysis, RM Consulting Group for their understanding of the cost-benefit requirements and finally to the many Weed Officers of the member Councils of NIWAC for their input and enthusiasm for the project.