Why Are Weeds A Problem?

Weeds may cause problems in a variety of ways. Characteristics which result in weeds becoming a problem are:

Competition – Weeds can grow faster, out-compete desirable plants and  use up precious water, nutrients, sunlight and space. For example, paterson’s  curse in pastures.

Stock Injury - Certain weeds can cause injury to livestock. For example,  the sharp spines of the boxthorn.

Poisoning - Some plants are poisonous to livestock and humans. For example, green cestrum can be lethal to both humans and livestock. st. john’s wort contains hypericin which makes animals sensitive to light.

Acting As Hosts Or Shelter For Pests And Diseases - Blackberry can provide shelter for rabbits and other pest animals. Other weeds may carry plant diseases. For example, ox-eye daisy can host a virus which damages potatoes.

Tainting And Contamination - Wool can be contaminated by the seeds of many a weed species such as bathurst burr. The presence of burr and vegetable matter leads to a downgrading of the fleece. When animals eat wild garlic, their milk and meat becomes tainted. This subsequently lowers the values of these products, even making them unsaleable.

Allergies – Humans can be allergic to different types of weeds. Some people develop skin reactions after being in contact with st. johns’ wort or rhus tree. Parthenium weed is known to cause dermatitis problems in humans.

Increasing Fire Hazards - Some plants, such as pampas grass, are serious fire hazards particularly when dried out.

Soil Erosion - Some weeds are very good competitors and shade other plants. The problem occurs when the weed dies off over summer, leaving the ground bare and prone to erosion eg. patterson’s’ curse.

Aesthetics - Plants which you simply don’t like or want can be regarded as weeds. They may be interrupting a view, crowding bushland or other  desirable species, have an offensive odour or be generally causing problems  where they exist, for example water hyacinth, salvinia or blackberry. 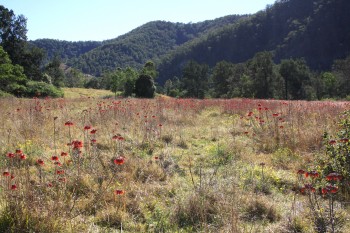 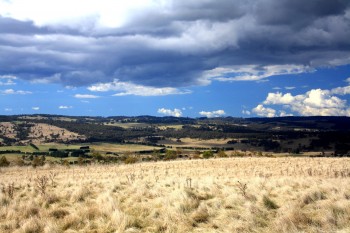